"You have to give the world the energy it can use, that is, cheap, ecologically clean and competitive," said Russia's Deputy Energy Minister Pavel Sorokin. Russia's plans for hydrogen are currently based mainly on the heat splitting of methane, the main component of natural gas. The Kremlin expects the global hydrogen market to expand massively. Russian estimates on consumption assume a growth of 50 percent to 150 to 160 million tons per year by 2050. Other Russian opinions go even further and expect demand to multiply. According to Sorokin, the natural gas process allows the energy source to be produced relatively cheaply. He expects costs of 1.50 - 2.00 euros per kilogram, - in other words, a quarter of the costs of production using renewable energies. 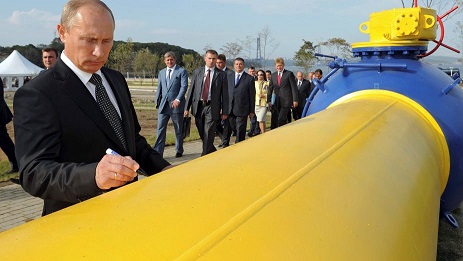 To defend its strong position as a global energy exporter, Russia wants to present a hydrogen strategy by the end of 2020. "We are talking about the possible export of tens of millions of tons of hydrogen both to the West and the East", Sorokin said. The Nord Stream 2 Baltic Sea pipeline could serve as a transport artery. Up to 70 percent of its capacity could be filled with hydrogen, according to the Russian natural gas production company Gazprom. Gazprom, Rosatom and Novatek have already started projects for hydrogen production. The hydrogen could then be transported via the Baltic Sea through Nord Stream II. In the meantime, a new hydrogen research center is being built in Tomsk. Documents for the construction have already been submitted. The Russian industry shows great interest in it.